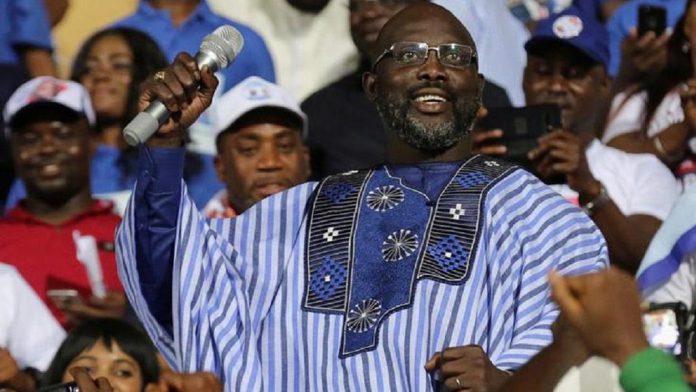 The newly elected Liberian president, George Weah, in his first appearance at the African Union on Sunday, stressed anti-corruption efforts towards Africa’s development.
Speaking at the opening session of the 30th African Union (AU) Assembly of Heads of State and Government, Weah said that « Corruption is a plight that seems to present itself in all of our countries and manifest itself in many forms. »
« I and my government will benefit immensely from the discussion on the most important theme of the conference –Winning the Fight Against Corruption: A Sustainable Path to Africa’s Transformation, » he said.
According to Weah, corruption hinders Africa’s progress and development. He also said that corruption has made it difficult for the African people to reach their true and fullest potential.
He further indicated his aspirations that the Assembly of Heads of State and Government will strengthen Africa’s determination and political will to tackle the challenges that emanate from corruption.
Weah, who was greeted by fellow African leaders in his first ever appearance at the AU, also vowed to work together with other African countries for common development.
« I am convinced that fellow colleagues that, with your help and guidance, I will be able to deliver on the promises I have made to the Liberian people, the promises that are intended to address poverty and create a conducive environment which their dreams and aspirations will be realized, » said Weah.
« I look forward to working with you as all strive to maintain peace in our continent in order to provide the security and stability that each and all our countries need to grow and prosper, » he added.